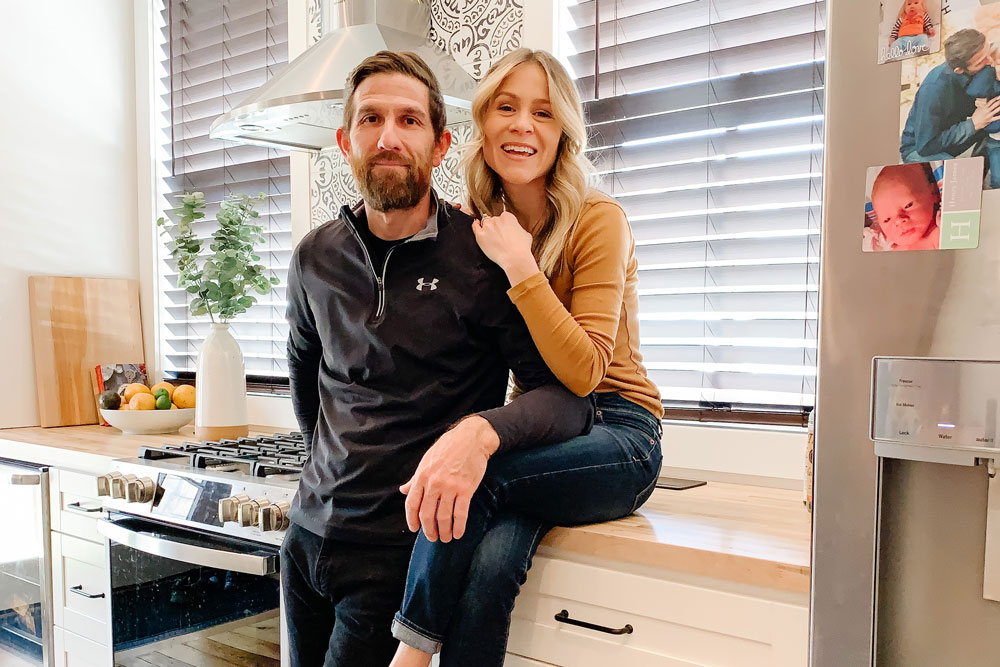 Even before she left WPXI, former Channel 11 news reporter turned influencer Courtney Brennan was known for her DIY-friendly instagram posts of home renovation projects with her husband, Mark Ambtman.

A landscape architect, Ambtman left his firm in 2018 to concentrate on updating properties the couple owned, including their century-old, brick single-family home in Lawrenceville. Brennan would share their progress on social media, which led to a flurry of inquiries — and also to their boutique renovation business, Row 39 Designs. 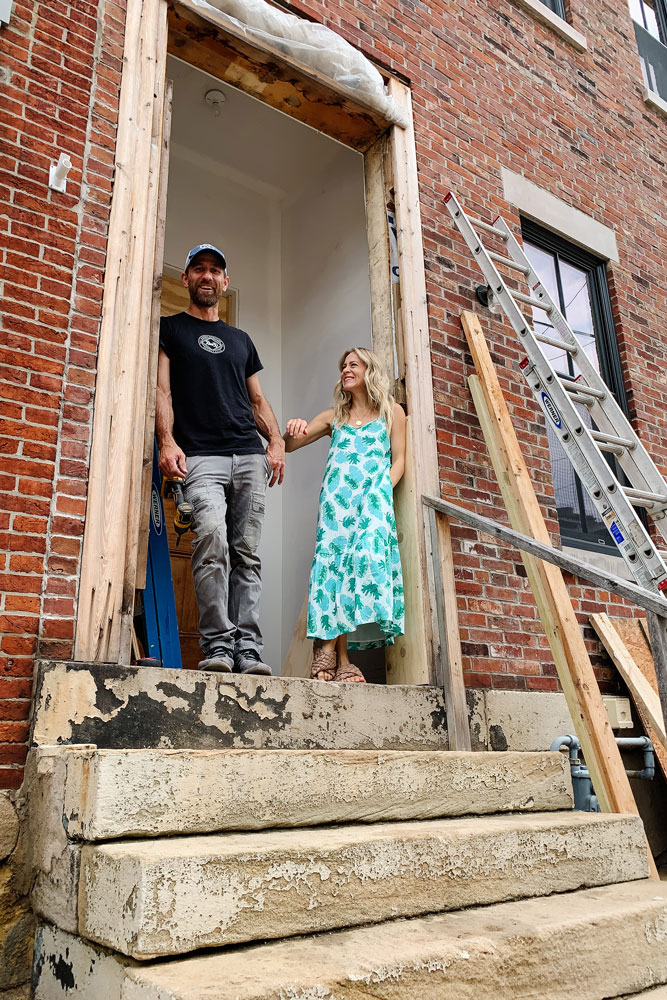 “Folks who follow me on Instagram started sending me DMs saying, ‘I love our style. We love your house. Would you ever come to my house and do my kitchen?’” Brennan says. “I said to Mark, ‘I have all these DMs. What if we try taking on one to two projects?’ That’s how it got started.”

These days, armed with a work truck and a small crew of employees, the couple take on half a dozen projects around Pittsburgh each year — and now fans can get an even closer look at their work with a new streaming television show, “Makin’ It with Mark and Courtney.”

The limited series, which is currently in production, premiered on CBS News Pittsburgh in October. In the first episode — which also introduces their kindergarten-age son, Henry — the couple details how they erected a batten accent wall in their kitchen. It’s the first of 15 episodes ordered by CBS. 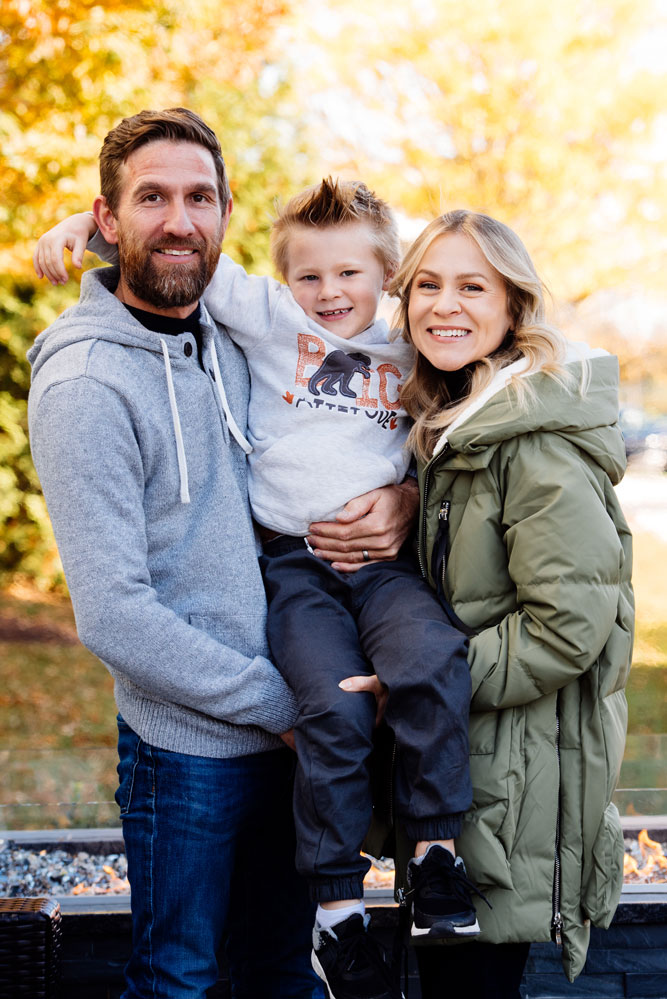 “We’re shooting five episodes now and hoping we can shoot the whole 15. Basically, there are so many Pittsburgh brands and businesses that we’ve worked with; 84 lumber, Best Tile, Molyneaux, Armina,” Brennan says. “The idea is we talk with all of them.”

Brennan says her television credentials came in handy for the show, which will also feature them updating a guest bathroom and another kitchen. Brennan will storyboard out episodes and, alongside a video editor, shoot footage from her phone.

“We wanted to add our own flair, values and takeaways,” Brennan says. “It was not hard to do, but only because of my background.”

This isn’t the family’s first brush with reality TV. In the last several years, Ambtman and Brennan have been in talks with HGTV for their own show, even going so far as to shoot short sizzle reels highlighting their work for different production companies. 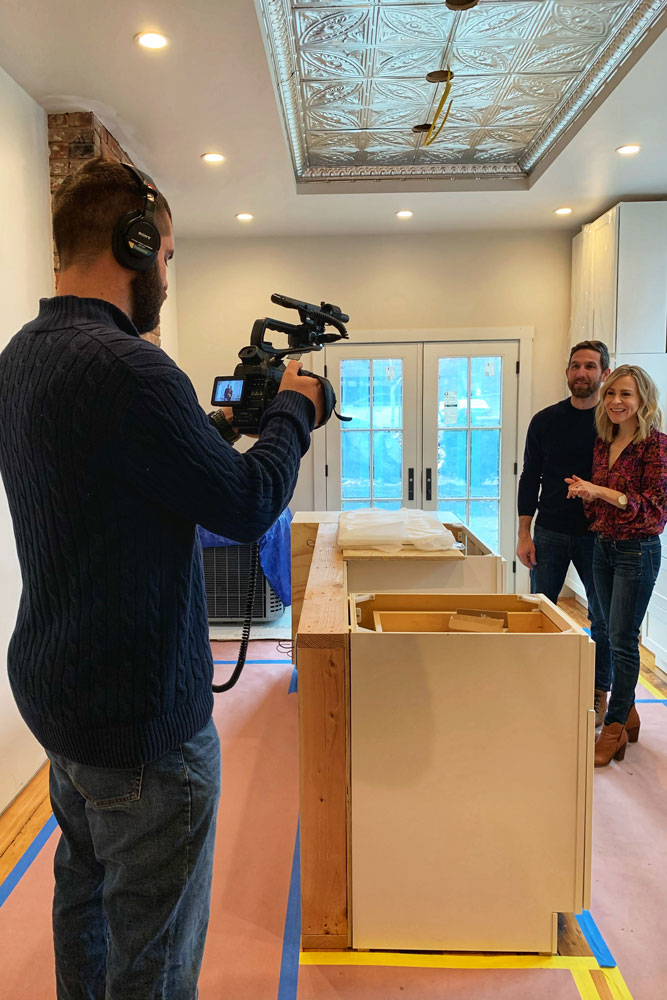 Ultimately, Brennan says the network wanted them to flip 15 houses per year, as well as provide their own big budget, which the couple did not feel comfortable taking on. Their new series, where they work with one family at a time, is much more “them,” Brennan says.

“They really wanted to present us in a certain way and we weren’t that,” Brennan says. “That’s why I think this works. It’s a true reflection of what we do.”

Brennan, who has more than 64,000 followers on Instagram and more than 35,000 likes on TikTok, says she and Ambtman take a realistic approach to home improvement. Her hope is their popularity on social media will extend to the series.

“Why I think it works is we don’t gatekeep information. I feel like a lot of people don’t know anything — costs or where to start,” Brennan says. “I think why people are drawn to us is because we try to provide so much information, like the mistakes to avoid or the costs for a kitchen on a budget.”

Up next, the couple is searching for a third property (in addition to their own home, they own a rental property in Lawrenceville), possibly in the suburbs. Brennan is also enjoying working with her husband, although she admits living and working together 24/7 has its challenges.

“We’re having so much fun though. We can’t believe this is all happening,” she says. “It all kind of clicked and snowballed organically.”

“Makin’ It with Mark and Courtney” is available to watch any time on CBS News Pittsburgh’s streaming services and on the CBS News app. Watch the first episode here.