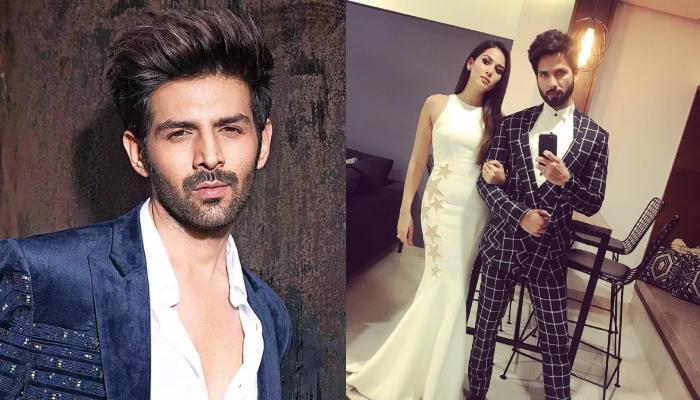 The popular actor, Kartik Aaryan is currently riding high on professional success. His film, Bhool Bhulaiyaa 2 was one of the highest-grossing films of 2022 and also the only film, which wasn’t affected by the boycott trend. The actor continues to pick up promising projects and is working tirelessly to take another giant step towards success in his career. 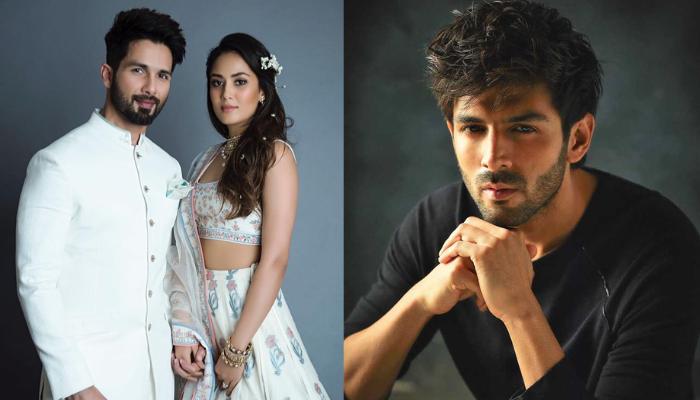 In the midst of it, as per the media reports, Kartik has rented Shahid Kapoor’s sea-facing apartment in Juhu. If the reports are to be believed, Shahid Kapoor leased his Juhu apartment to Kartik Aaryan at a whopping price of Rs. 7.5 lakhs per month. While the figure can scare a lot of people, a look inside the luxurious house will surely explain the reason behind its huge rent. So, without further ado, let’s get inside Kartik Aaryan’s brand-new, sea-facing apartment!

Living room is a monotone mania 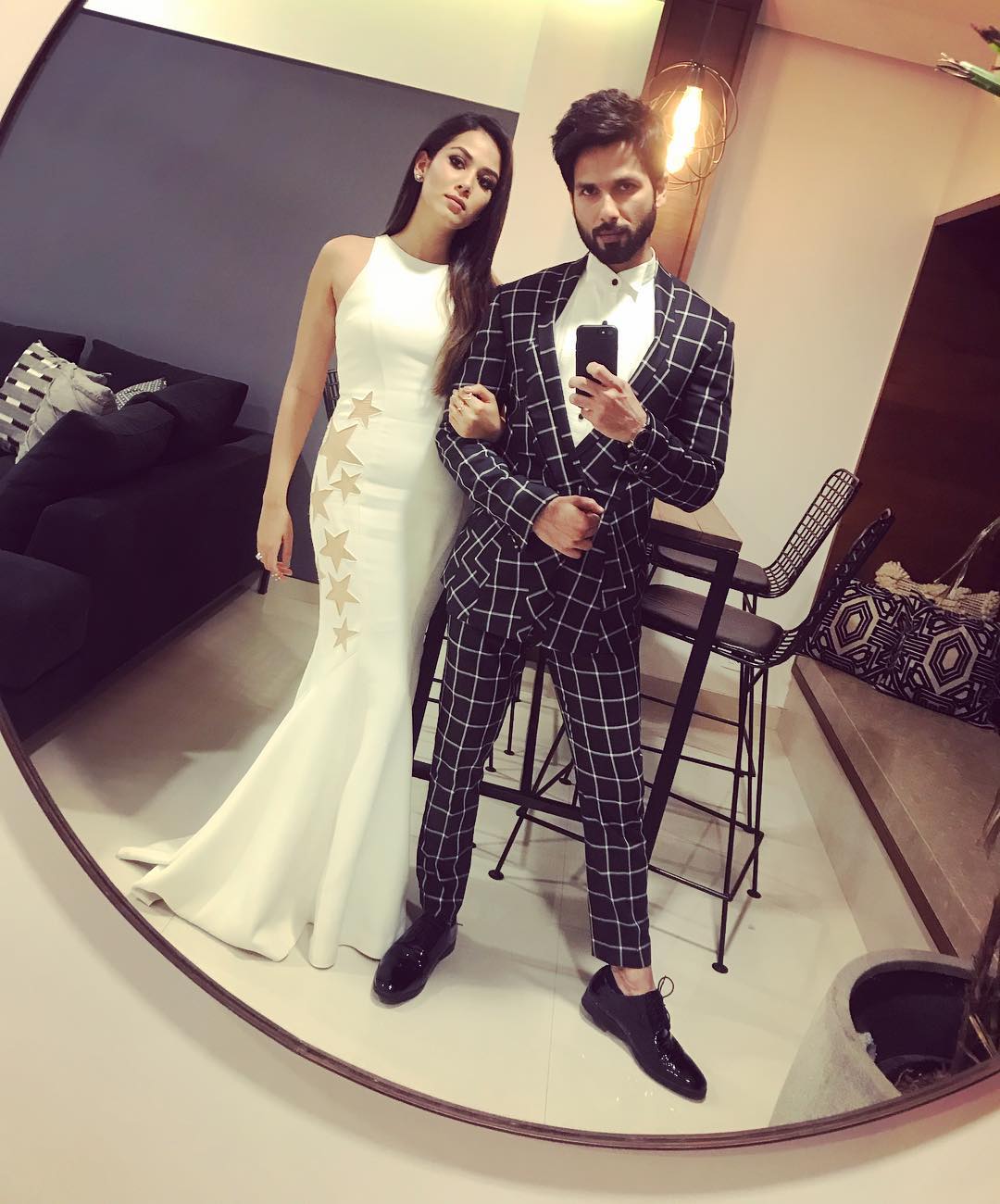 Over the years, we have seen Kartik Aaryan being in love with classic and timeless designs in comparison to vibrant and peppy colours. That’s why the monotone theme applied by Shahid Kapoor in the living room will be perfect for the Bhool Bhulaiyaa 2 actor. For the unversed, when Shahid used to live in this luxury apartment with his wife, Mira Rajput Kapoor, the celebrity couple used to stun everyone with the monotone of their living room in their selfies. 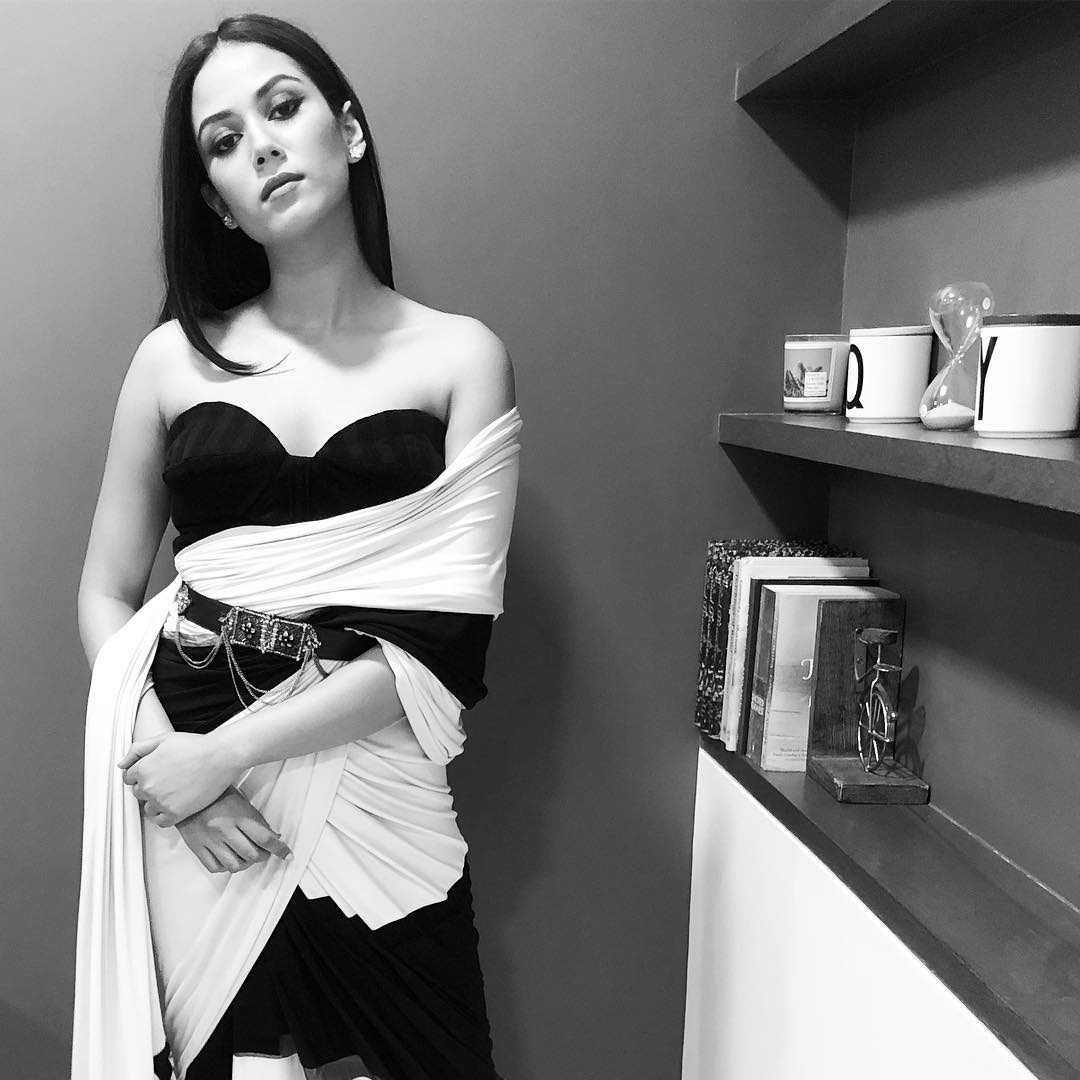 The evergreen and timeless pairing of black and white is all over the living room and gives both a classy and aesthetic look to the entire space. Not only this, but with large mirrors, plush sofas, and wire-design chairs, Shahid Kapoor has decorated his living room quite impressively. It will be interesting to see how Kartik Aaryan will play with the monotone theme of his living space while picking up living room essentials.

The apartment is a mix of modern art and homely vibes One look at the interiors and structure of Kartik Aaryan’s Juhu apartment looks like a work of modern art which he rented from Shahid Kapoor. However, Shahid had managed to give it a more traditional look with the accent chairs, area rug, overhead lighting, decor accents, and other essentials that he bought for his house. 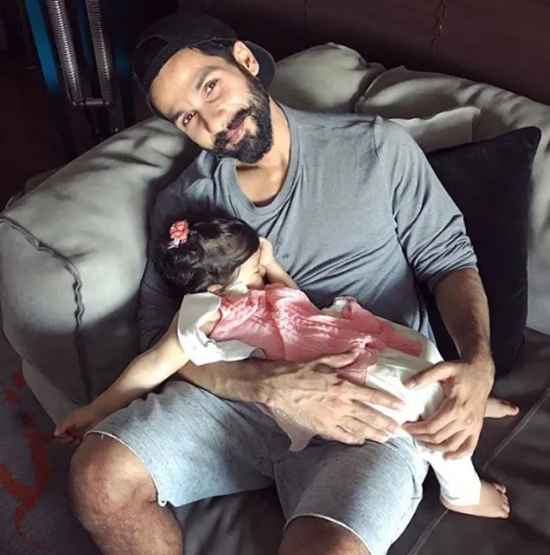 Not only this, we have seen him lazing in a comfy Jaipuri quilt that shows how Shahid Kapoor and Mira Rajput Kapoor kept the essence of their home quite intact. As we all know that Kartik Aaryan is also a family-oriented person, which is why we cannot wait to see him lazing in a rajai in his aesthetic living room.

Don’t Miss: Dev Anand’s Home Which Was The First Bungalow Owned By An Actor In Juhu, Still Exhibits His Charm

Bedroom and the priceless memories 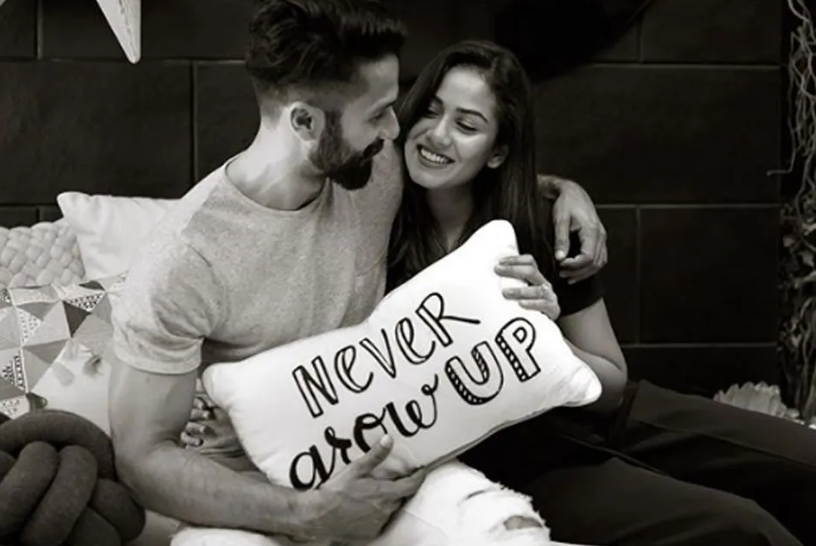 It was back in September 2016 when Shahid Kapoor uploaded a mirror selfie on his Instagram handle. At that time, he was living in his Juhu apartment, which Kartik Aaryan now rents. In the picture, the actor looked handsome. However, more than his dapper look, it was a wall full of polaroids that won everyone’s hearts. 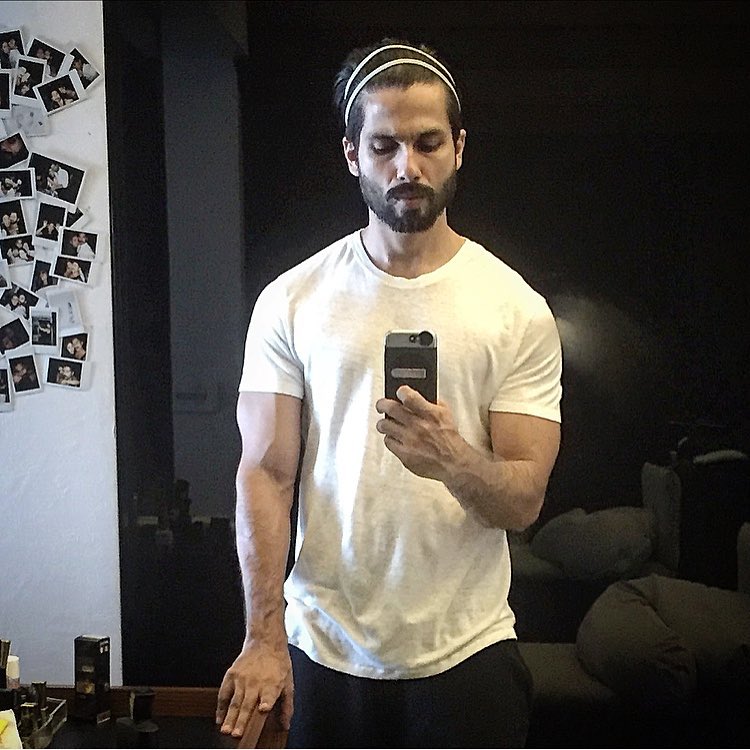 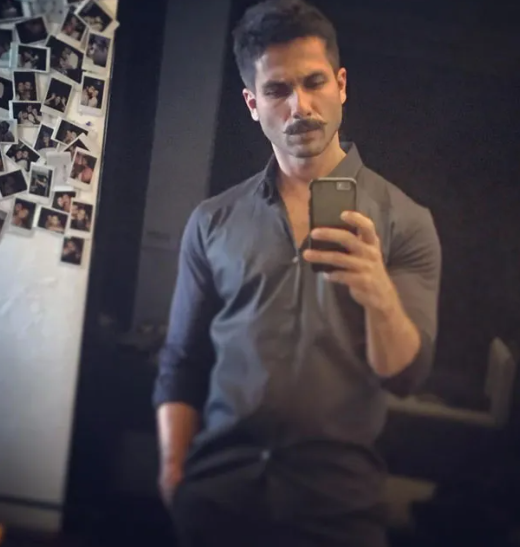 It looked like the wall was dedicated to the ritual of pinning the memorable moments of their lives. To have such positive and smiling pictures in your bedroom is nothing but a blessing, and it would be great to see Kartik following in the footsteps of Shahid Kapoor and Mira Rajput Kapoor to have some priceless family polaroids in his bedroom.

You May Like This: Mukesh Ambani’s Luxury British Hotel, Stoke Park Worth Rs 592 Crore Was Once Home To Queen Elizabeth

The tropical backyard is a therapy in itself 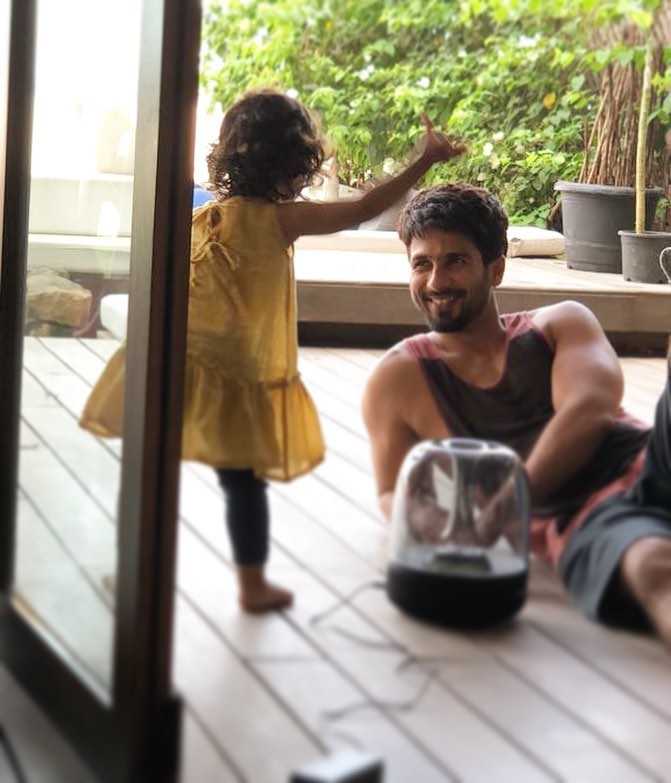 While the interiors of Kartik Aaryan’s Juhu apartment need no more applause, it is the backyard that steals all the limelight, as per many. When Shahid Kapoor used to live with his family in this luxury apartment, it was the actor’s picture with his daughter, Misha, from their playtime that used to gather most of the headlines. Apart from their cuteness, the breathtaking backyard was filled with plants, a wooden low-seating area, and a picturesque view of the Arabia sea. 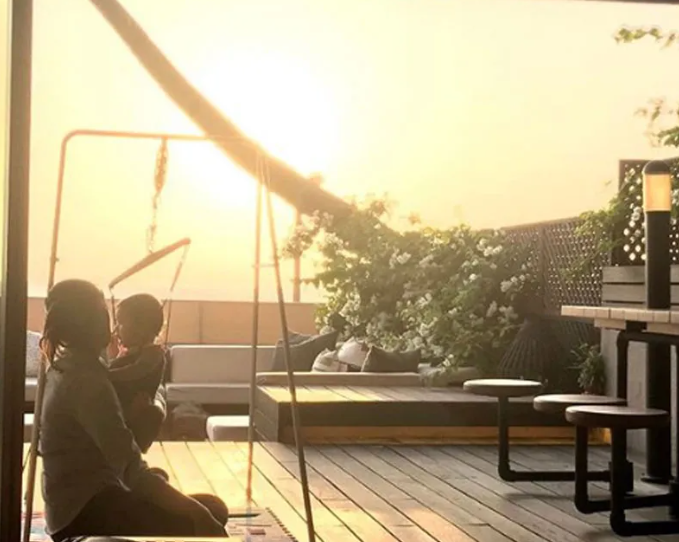 The way Shahid Kapoor had built the verandah for his lazy evenings with his family was quite special. With Kartik being the new resident of this apartment, his fans cannot wait to see him relaxing and chilling with his close people in the most special place of his rented apartment. 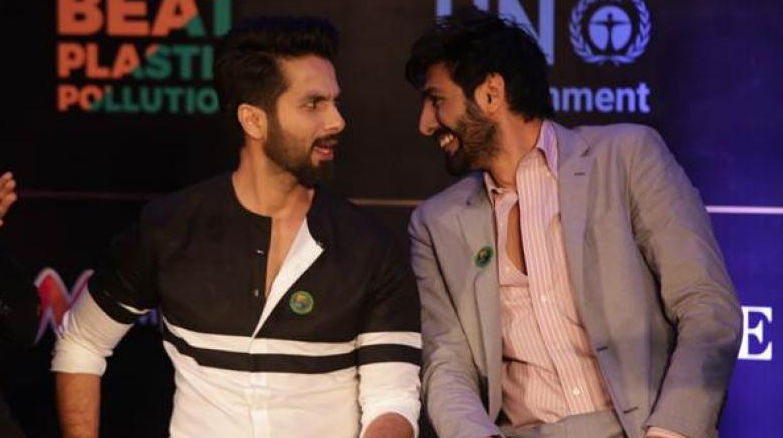 While the beauty of Shahid Kapoor’s Juhu apartment is beyond words, we would love to see how Kartik Aaryan will add his flair to the space and surprise us all. Are you equally excited? Let us know.

AWESOME NEWS! Now you can download BollywoodShaadis app and never miss a story. Get App

AWESOME NEWS! Now you can download BollywoodShaadis app and never miss a story. Choose your device Android or IOS (Apple)